The Reykjavik City Museum expanded its exhibition in 2022 to focus on the development of Reykjavik during the last century. A large-scale model was commissioned that shows downtown Reykjavik in 1906. Gagarin was asked to bring the model to life using mixed-reality technology.

As the model is the gallery's centerpiece, we did not want to steer the visitor’s gaze away from it, but rather enrich it using mixed reality. In essence, the visitor experience is doubled: once as it is with its rich details of the architecture and looks of the city in 1906, and a second time brought to life, showing the eventful life at that time.

Two binoculars were placed on either side of the model, with which the visitor can explore the model. The mixed reality experience aimed to give the visitor the feeling of eavesdropping on a conversation in the streets of Reykjavik in 1906. In collaboration with the client, 13 stories were carefully crafted to reflect Reykjavik's life at the time. Characters wearing apparel typical of the time populate the streets of Reykjavik when looking through mixed-reality binoculars. 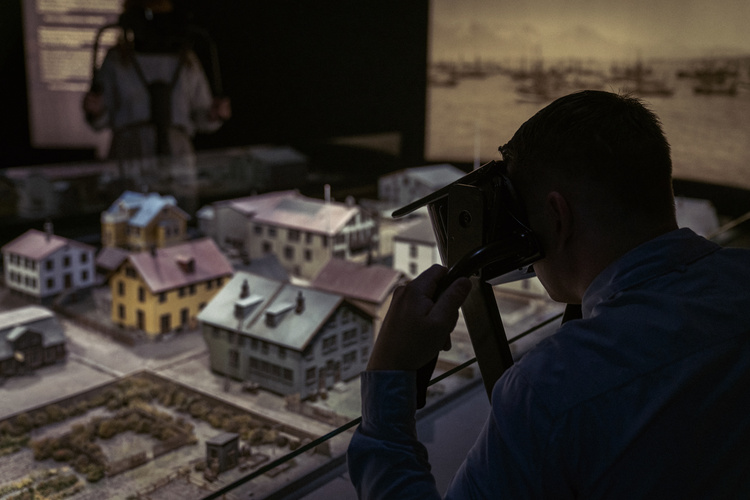 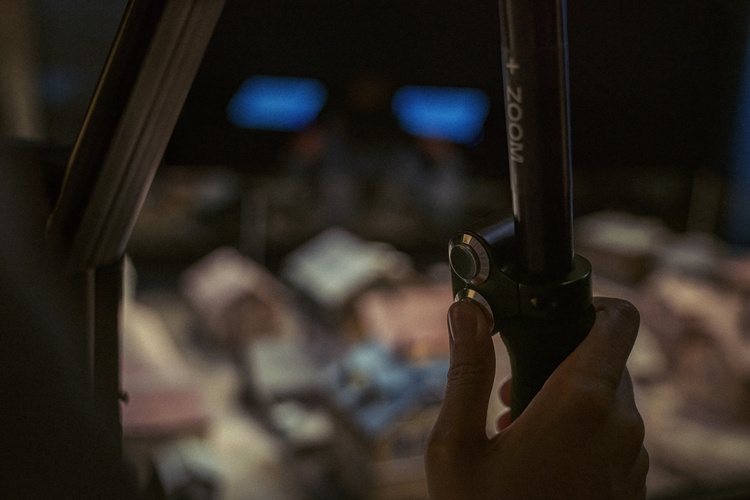 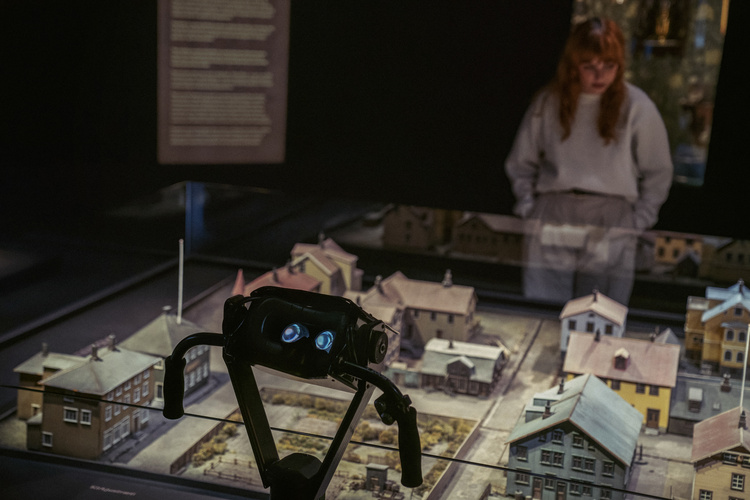 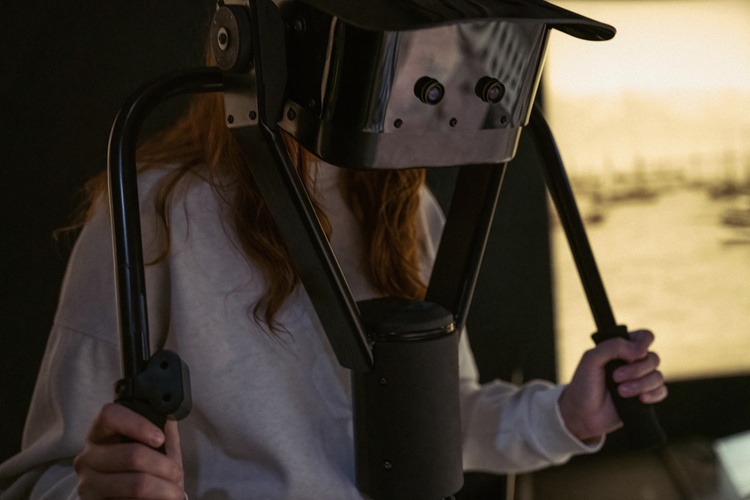 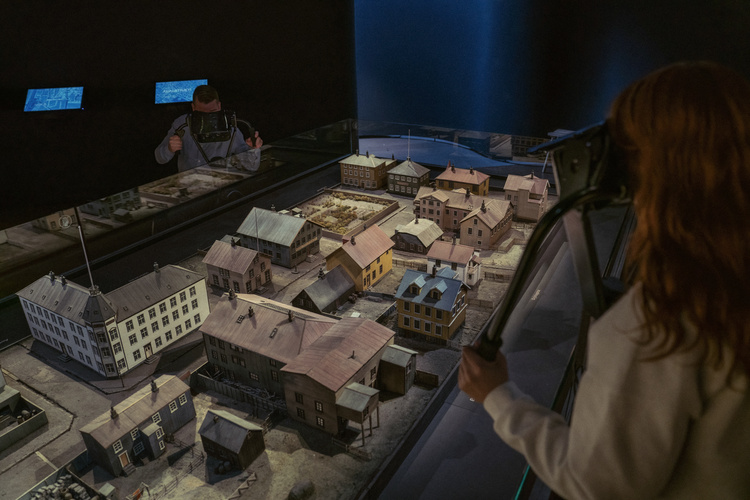 To emphasize the immersion in the experience, we steered away from using visual interface elements but instead focused on using sound to instruct the visitor to have a closer look. When panning around the streets, only muffled sounds would be audible. When zooming into a scene, the sound level increases as if the visitor is moving closer toward them.

Through custom-made binoculars, we could provide a level of detail in the experience to match the model in the exhibition. 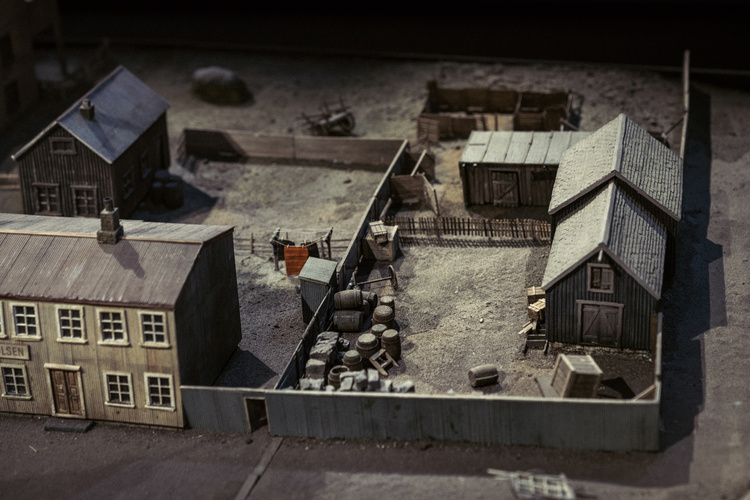 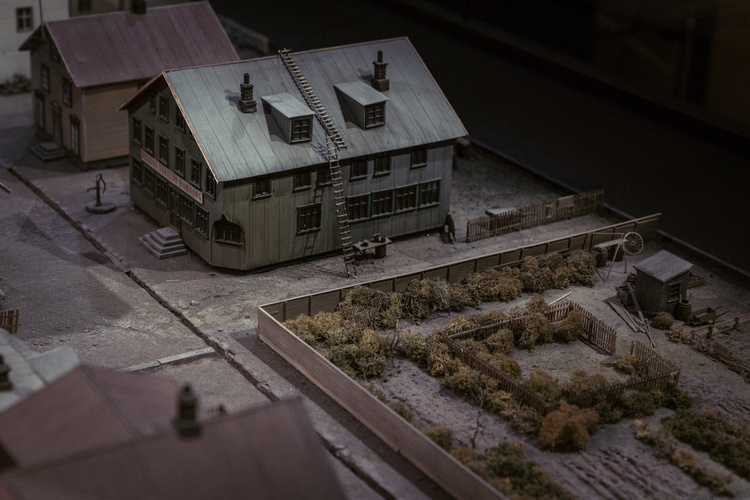 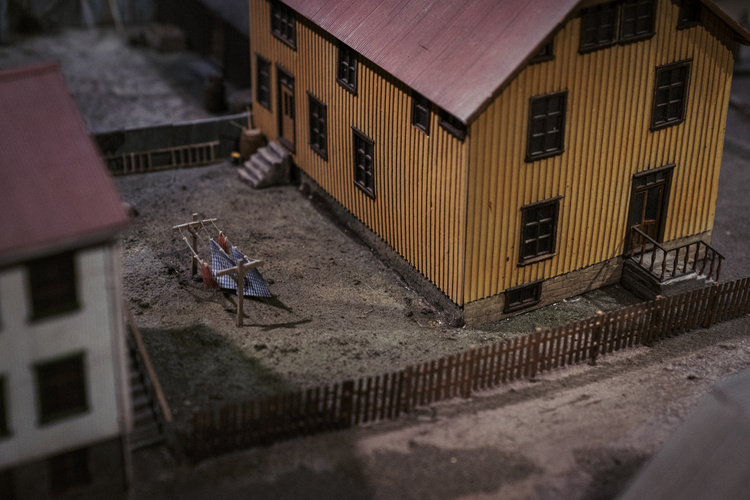 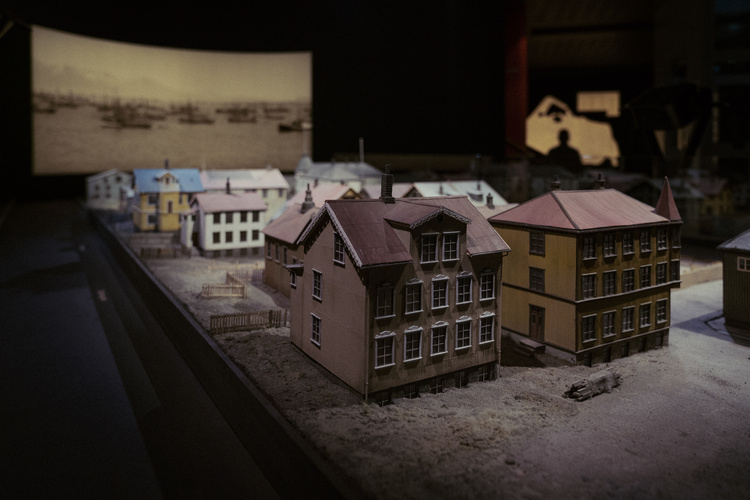 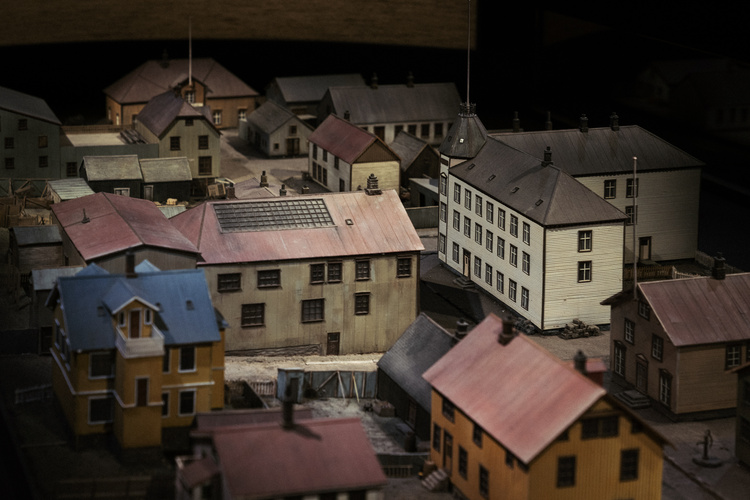